Oman is not a large country with a mere population of 52.20 Lakhs but it does have a wide range of interesting urban towns which are becoming sought after locations for urban growth with commerce and finance. Muscat, Sohar, Bahla, Salalah, Sur, Khasab, Seeb are some of the major cities of this country and for past 10 years have been seeing massive urban growth. All round prosperity around these major cities are attracting more well educated and business oriented people to become part of these urbanized cities. Some of the locations, like Sohar is very close to Dubai which has seen dramatic growth and progression over past 30 years is also of great influence for infrastructure development. The growth and design development and overall architectural design and interiors done in Dubai is of very high quality and finishing which keeps it up along with the Arabic design aesthetics and taste.

The cities are sprawling with advancement of features with modern times. A number of new educational and financial institutions makes them hub for better urban infrastructure centers which is pushing more people to adopt to the urban life and living standard.

The residences which are now designed are developed and constructed well with very well balanced eclectic design sense which keeps it up along with the local style of home designs. The interior design trends are somewhat similar to the ones which we see in Morocco or West Asia. The sense of design and style keeps up with the local Arabic sense of simplistic interior design idea which is has an universal taste and liking. 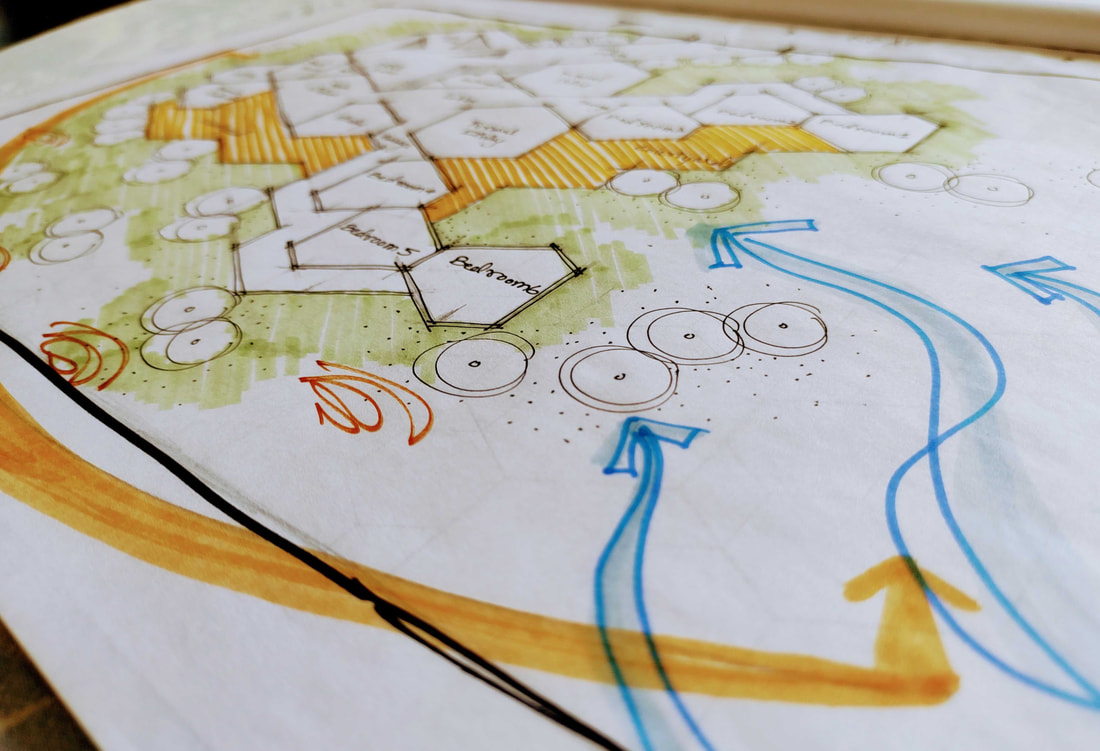 We at www.homeplansindia.com are in awe inspiration by some of these simple yet effective design approaches which are common in these parts of the world and have been designing homes in Arid climate of Sohar, Oman. One of our latest architectural and interior design project has been to design a 5,000 sq.ft. house for a family of 6 people at Sohar, Oman. We found the major influence of shear geometry, balance and symmetry working best with strong forms which are capable of creating un-expected overall designs and carve interior spaces which are not just 4 walls out of which two are parallel to each other. 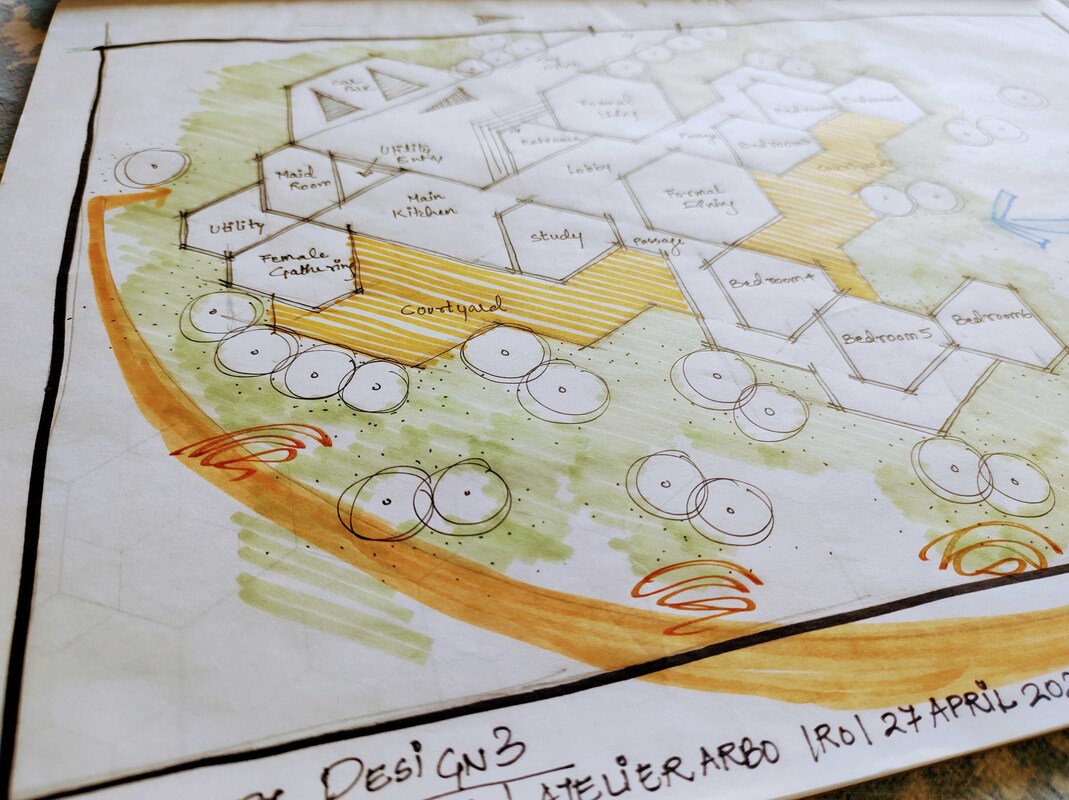 This kind of layout is also well for allowing light to reflect well within the house along with ventilation through the house. Most of the year the climate is quite hot and dry, but since there is good breeze movement, the same can be taken advantage of through Wind tunnels and window openings (large or small) to articulate the movement within the house to reduce temperature. Water bodies, courtyards and a closed plan layout will help conserve the temperature within the house as long as the external sun’s light and heat is not allowed to affect the walls of the house which in turn re-radiates the heat back into the rooms. Thicker walls and double wall and roofing system can help is reducing the amount of wall surface which gets heated up. Also articulation of window openings, along with skylights which allows for indirect lights are of great advantage. Enclosed or central courtyards within the house are great ideas for growing vegetation and creating a green oasis which can provide one with best level of warmth and comfort within the house. 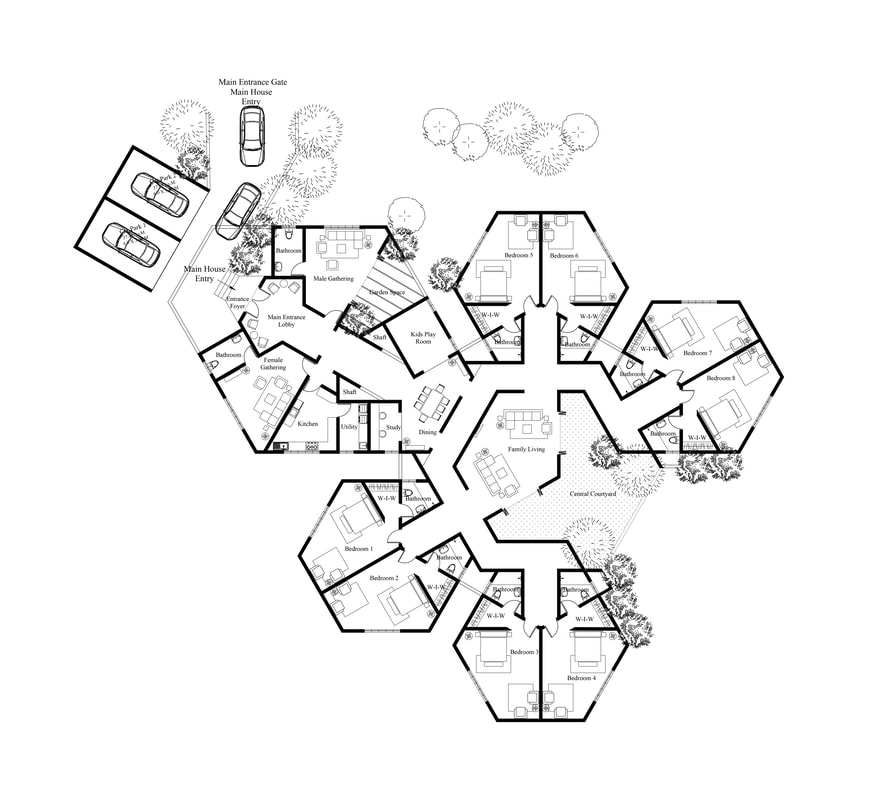 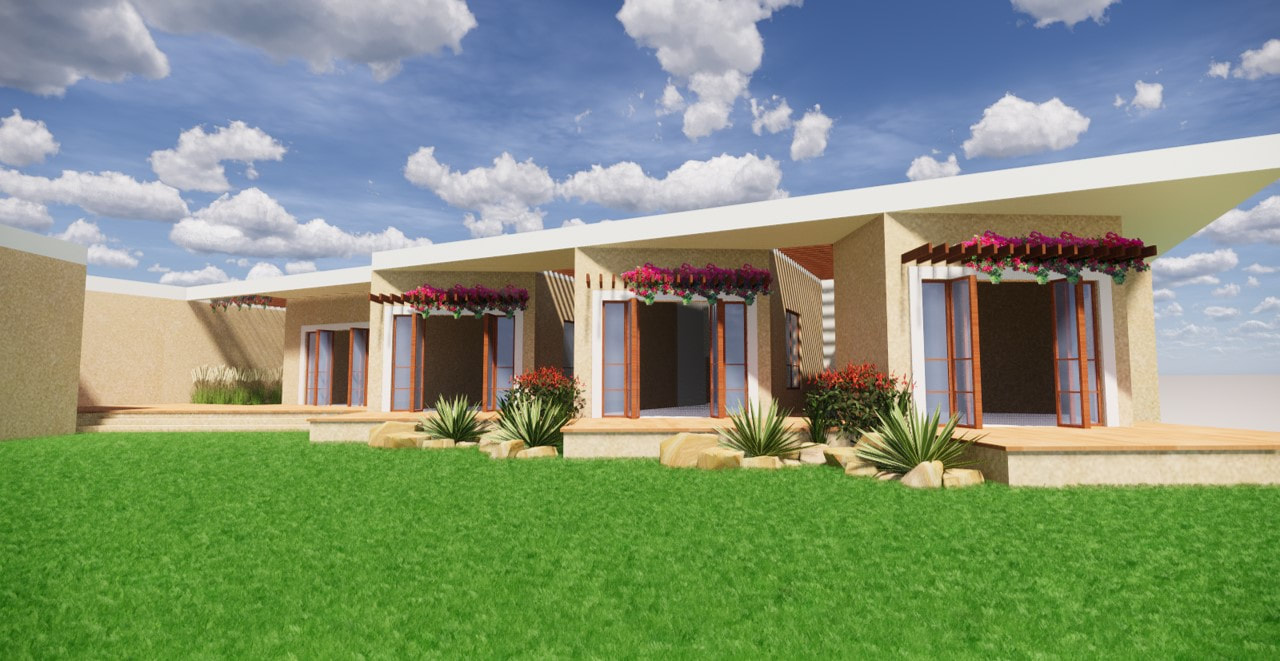 ​If you have any design query for designing and building a house in a hot and dry climate then do write to u as we will be glad to assist you. Have  a look at our project which is designed at Sohar, Oman.