The construction of a house with recycled containers has a characteristic "A" frame that fulfills the function of protection from the sun and rain. In addition, it allows the passage of winds and filters the sun's rays to maintain a pleasant climate inside. In this blog by Sky Marketing, we will discuss homes built with containers. Let's see: 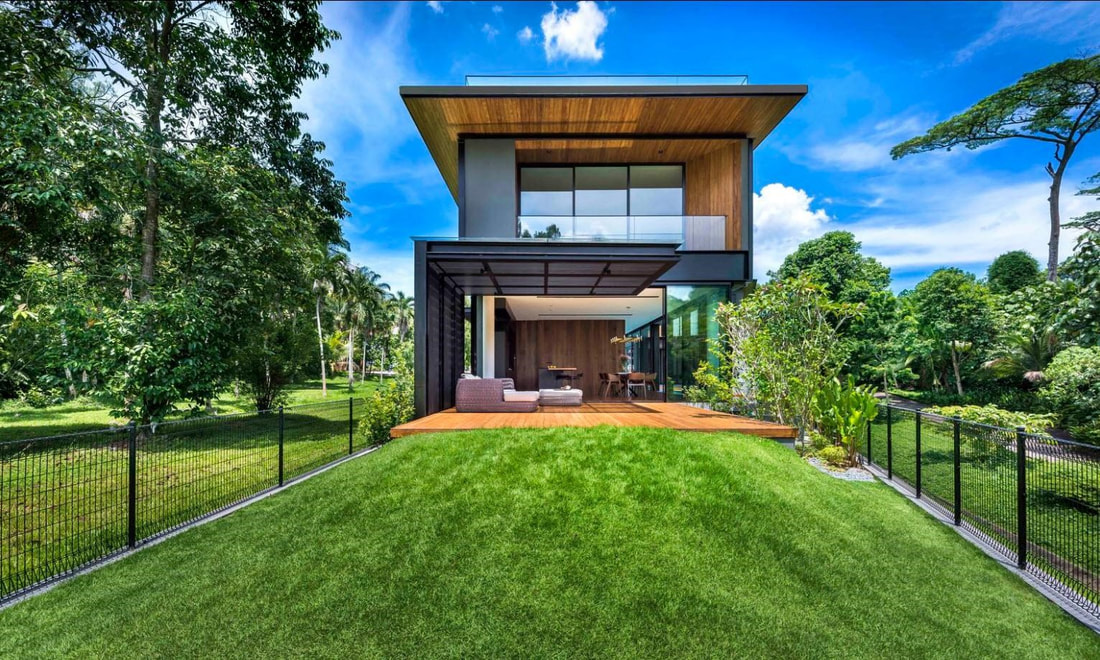 Front View of the House
For the construction of the house, 5 containers were used, of which four are located on the first floor. An A Frame or triangular structure has been created over the containers in such a way as to protect them from the sun and allow the passage of winds to keep the interior naturally heated. 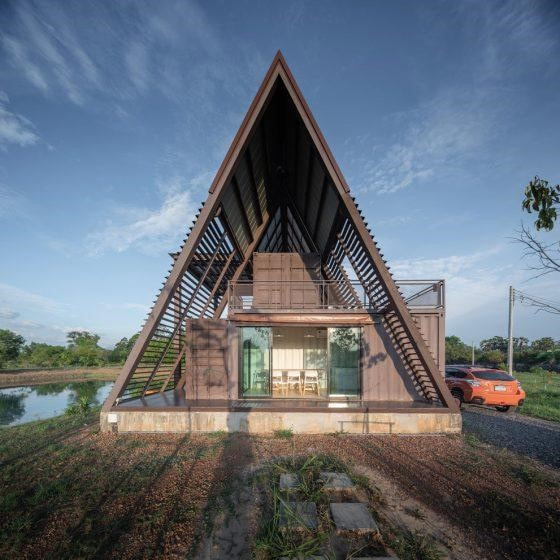 Side View of the House
A concrete platform serves as a support for the containers and is the anchor point of the triangular structure. At the top of the structure, it has metal panels and slats at the bottom.
​
Large openings have been opened to the containers to generate floor-to-ceiling windows for the entry of abundant natural light. The center of the house has been hierarchized with a portico; let's see the result below: 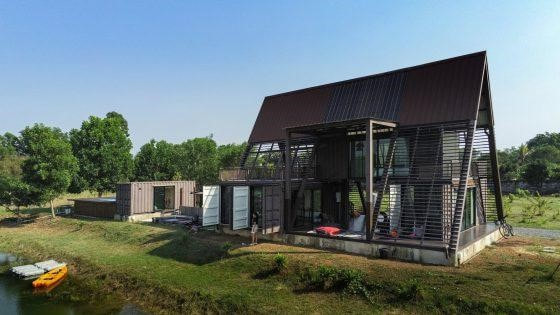 ​For security and privacy, the windows can be completely closed with the walls of the same container. For this, swing doors with steel hinges at the top and bottom were created. This is how they were: 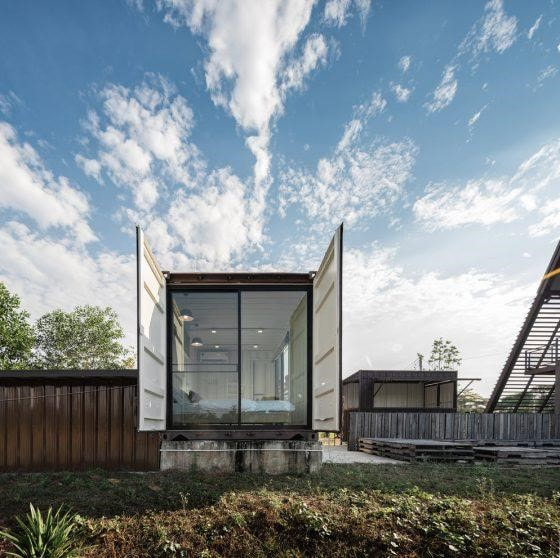 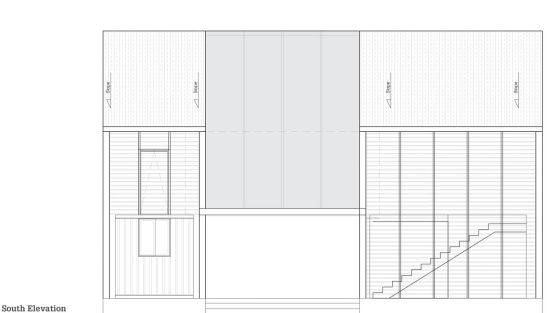 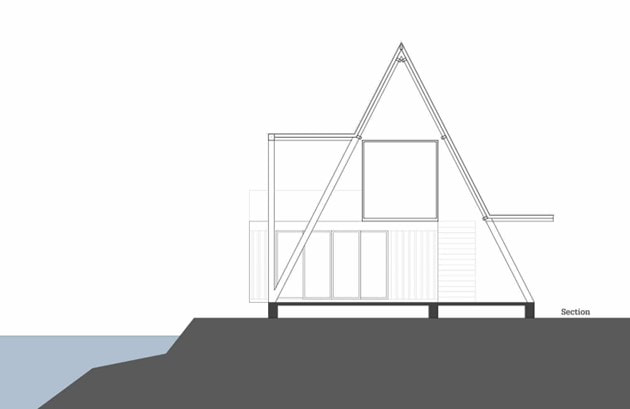 How were the containers placed?

​Below is the arrangement of containers on the ground to generate a functional house: 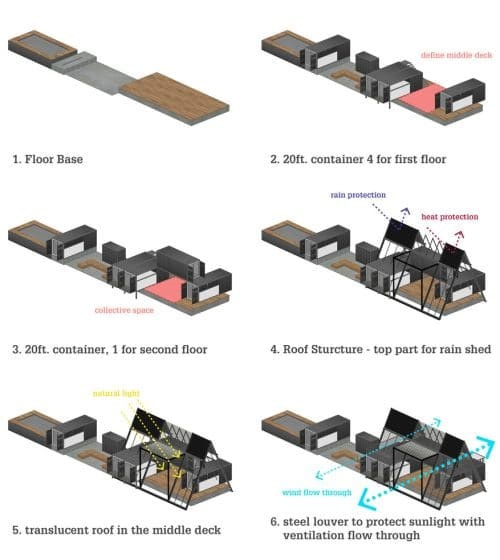